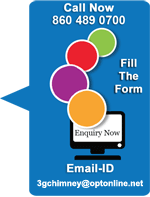 If your chimney leaks then it needs replacing ASAP, since it allows water and moister to get into the house. Chimneys are usually overlooked by home owners and are source of leaks.

If you’re going to burn wood in an unlined chimney, then you must expect stains to show through, anywhere along the whole length of the flue, including the chimney breasts in upstairs bedrooms. It has little to do with the wood being “unsuitable” – it’s because all wood burns at a lower temperature than coal, so the dew point for the tars is lower. Well-seasoned wood will burn better, but it will still deposit tars, which are likely to migrate through the mortar joints and onto the decorative surfaces.

To avoid future problems, you need a stainless steel double-walled flue liner. This is a corrugated material that fits around bends, so I’m not sure why your chimney sweep says it would be a problem – perhaps because that’s not the sort of work he does? I am also surprised that the original Hetas engineer failed to warn you about the tar problem from burning wood.

Chimney repair and chimney cleaning scams are on the rise. Since most people know nothing about chimneys, this is a particularly easy way for scammers to cheat unsuspecting homeowners.

Here's how chimney repair and cleaning scams work:
The scammer contacts you (via email, phone, etc.) and offers you a special on chimney cleaning for a ridiculously low price, such as $39.95. They often introduce themselves as “Your” chimney company forcing you to think that it is indeed the company you dealt with before. If you've just moved into a new home, they may say that the previous residents (and mention their names to add credibility) used their company.

Once they get to your home, they inspect your chimney and tell you that there is structural damage, or that you need new chimney caps (also known as spark arresters). They may even bring in dead birds or pieces of concrete that they claim fell down the chimney.

These con artists usually focus on concerns about carbon monoxide poisoning. They often claim that it's really lucky you caught the leak now, since it could be fatal.

Another common scam is for the con artists to claim you need a new liner. Liners are made of clay, cast concrete or metal to contain the fire and direct it upwards -- and they are expensive.

Unfortunately, these scammers often claim good liners need to be replaced. Or even worse, they install new liners in the wrong size or only line part of the chimney, which can be very dangerous.

Perhaps the icing on the cake for scammers is that many people are predisposed to trust chimney sweeps because people loved the the Dick Van Dyke character in "Mary Poppins." This may make it even easier for scammers to con unsuspecting homeowners.

Things to know about Chimneys and Contracting work to help you avoid being scammed.